NECTA Grading System 2021 | The Examinations Council of Tanzania has made improvements to the system of awarding National Examination and Examination results at the secondary education level.

Those improvements are based on the views of education stakeholders to the Government on the need to have the best performance standards and grades in the overall Mark System (Division).

Processing of Form Two Test and Form Four and Six Examination results will take into account mark scores. Also will consider achievement grades and usage patterns of the sustainable score (CA) as follows:

The achievement grades will be in the Total Point Grading System or Division. Candidate who did at least 7 subjects for Form Two and Four and at least three specific subjects (combination) for Form Six will be awarded. The award will be Division I, II, III or IV as follows;

C. The Use of Continuous Assessment (CA).

The ratio between Continuous Assessment (CA) and Final Exams (FE) will be 30:70. Analysis of the contribution of 30 CA marks for Form Four and
Six will be as follows: 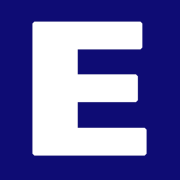 How To Get NECTA Results through SMS

How To Get NECTA Results through SMS

Windows 10X: The New Version of Windows - Check Out Features

The 7 Best Free Workout Apps for Android and iOS 2021